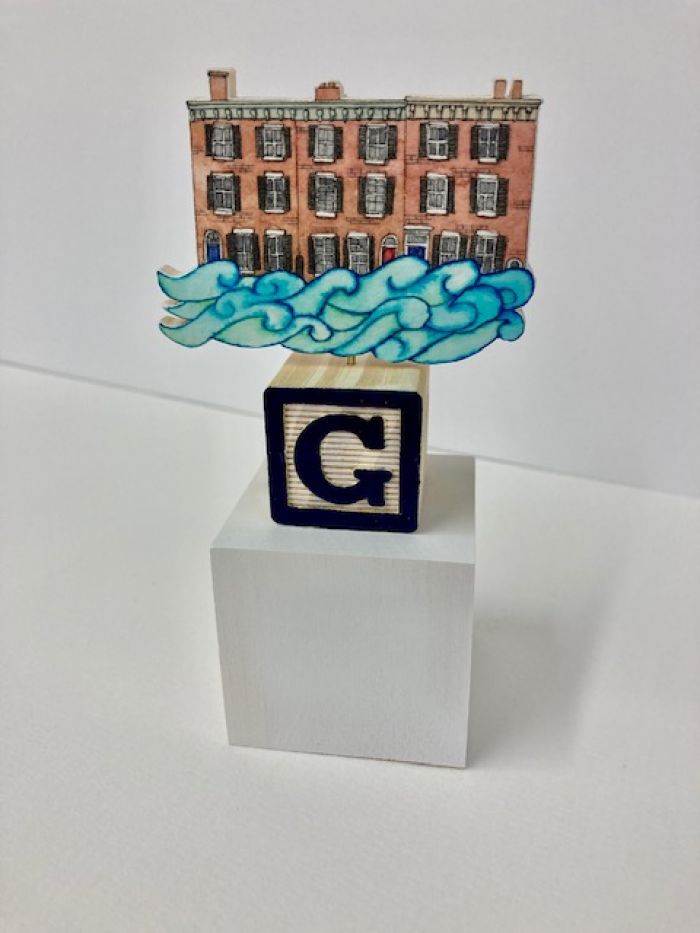 Mark Luiggi is a Massachusetts artist whose paintings and clocks appear in private collections throughout New England including those of Andrï¿½ Previn and other notable collectors. In addition to years as a graphic designer and commercial illustrator, Mark has shown in numerous exhibitions in New England during his thirty-plus year career. He was a member/exhibitor at The Society For Arts and Crafts in Boston (1993-1999) and has shown his work in commercial galleries from Maine to Cape Cod.ï¿½He is currently represented by 13 Forest Street Gallery in Arlington, Massachusetts. In addition to a successful line of giclï¿½e prints, Mark continues to create original work and participated (Spring 2014) in Steampunk Springfield-Reimagining An Industrial City at The Springfield Museums in Springfield, Massachusetts. Mark is also pleased to announce two new illustrated books, published in 2015, which will be avaliable at Somerville Open Studios 2019. ï¿½Thinking Inside The Boxï¿½ a book of cartoons about people and their preoccupations and ï¿½Dudleyï¿½s Undoubtedly Useful Productsï¿½, a humorous full color book featuring imaginary ï¿½productsï¿½ of dubious practicality from a company which, sadly, never existed.