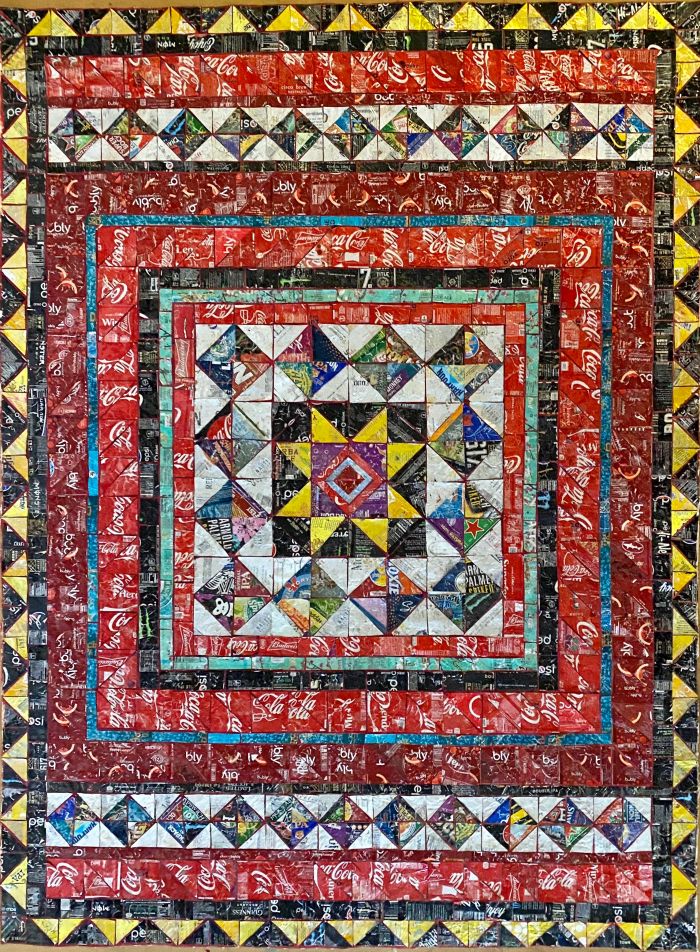 Although painting is my native tongue, I generally work on two series in tandem.  I find that it keeps me limber as I toggle between the two, and opens up new conversations and ideas

The Roadkill Series is composed of aluminum cans, primarily beer, energy drinks, and soda cans that I found in the streets of Somerville, Cambridge, Newton, and Toulouse, France. This collection resulted in a series of "quilts" "rugs" and other objects that women have historically made out of scraps. If you see this is a commentary on consumption and litter, as well as a commentary on the role women have historically played on making beauty out of scraps of things no longer deemed valuable, you would not be mistaken.

I'm also working on a series of paintings about shadows. I've always loved shadows, the way they are something and also not-something, the constant companion of illumination.