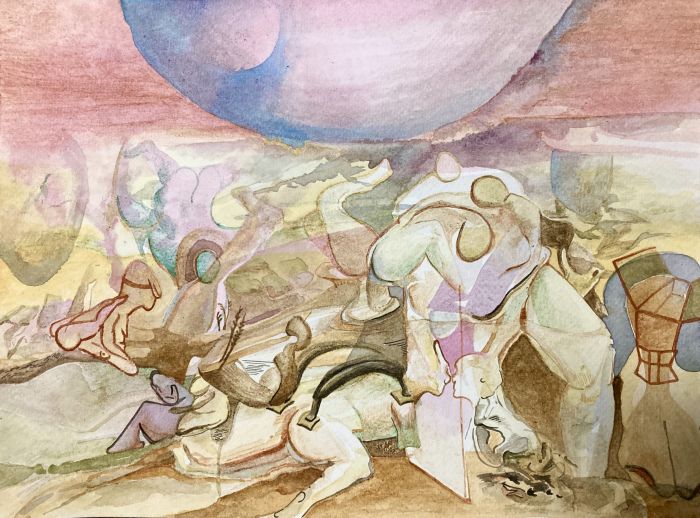 Hanna Bernbaum triangulates play, absurdity and whimsy to depict moments of physiognomic transience. Her paintings are populated by figures wrung into a new ecosystem, seeking footing in newly permeable bodies and commingling with unlikely--and somewhat intangible-- company. This imagery is informed by her historically murky transitions from dream state to wakefulness. Hanna forages and processes her own paints, which derive from a range of earth, botanical and algal pigment sources.

Hanna was raised in Southern California and holds a BFA in Studio Art from the University of Texas at Austin. She currently lives and works as a career coach for adults with disabilities in the Boston metro area.