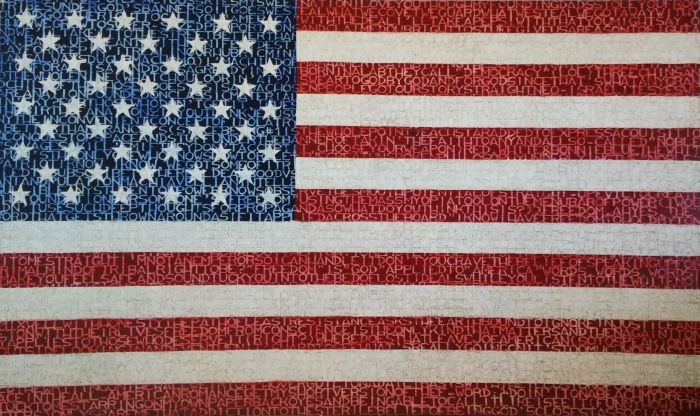 Allegiance Oil on canvas on wood 54"x72"
- Remove From Favorites

While most of my art career has focused on urban landscape painting and pastels of my birthplace of Martha's Vineyard, I have a parallel track indulging in more conceptual work that incorporates text and whimsy. A graduate of the School of the Museum of Fine Arts, Boston, I'm grateful to have enjoyed a lengthy career with exhibits in Philadelphia, the Boston and Washington, D.C. metro areas, and on Martha's Vineyard. My work has found a place in numerous private collections in the United States and in Europe, including the collection of the Government of the District of Columbia, which owns five of my urban streetscapes of the city. From 2005 to 2016, I pursued non-art projects such as authoring a book, producing a music album, performing as a vocalist, and producing live shows.

In 2016, I returned to my art with a series of fall pastels of Martha's and streetscapes of the Boston area. In addition to landscapes, I'm working on a series of portrait "mementos," still lifes, interiors, and a range of playful subjects that incorporate symbolism and text.