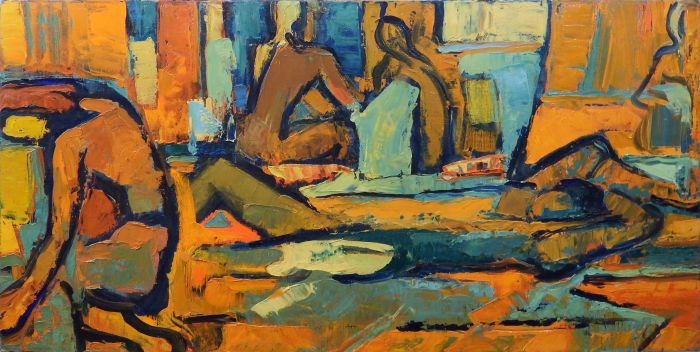 Diane Esmond (1910-1981) was born in London and raised in Paris.  After spending the war years in New York (during which time the paintings she left in France were confiscated by the Nazi occupiers), she returned to live in or near Paris for the rest of her life.  She worked in the tradition of French post-impressionist painters.  Her major subjects were landscapes, interiors, and still lifes. She was inspired by the Caribbean tropical forest and the Provençal countryside. The legacy of her work resides with her son, Victor Wallis, who lives in Somerville.