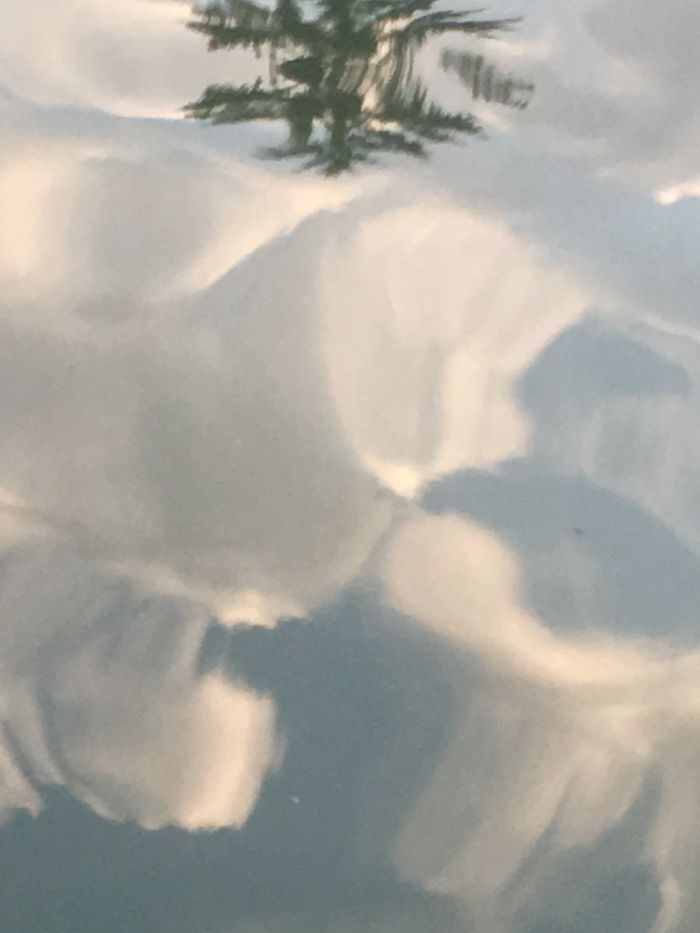 Ordinarily it doesn’t intersect at all with current events.  But recent times are far from ordinary.

The past year was difficult in so many ways— and yet throughout it I kept seeing flashes of hope, suggestions, some faint, that we were moving forward to a better time.

The images in the “glimmer” series speak to those moments when a small light shines through the darkness.  I started the process of printing them in the early Fall of 2020, when the darkness was big, but the light was strong.

In the last hours of the day, if it's warm out, I go out on the pond in my kayak. I bring my iPhone, and I take pictures of the surface of the water as the sun goes down, until the light fades. The pictures are unfiltered and uncropped, just the water, its patterns, its colors-- reflections of the sky and the shore as I saw them.

When you're out in the middle of the water there's an amazing feeling of spaciousness. The water itself stretches out in every direction but up, and then there's the unencumbered dome of the sky overhead. I started this project without intending to, transfixed by the shapes and patterns on the water. I was going out in my kayak every chance I got, and I was taking more and more pictures each time I went out. When I realized that I wanted to print them I knew I wanted to print them large, to give them lots of room. I knew that I wanted them to be unframed-- and I knew I wanted them to have a tangible object quality, not just be a flat image. And I liked the idea of printing them larger than the image file could sustain, expanding them until each point of light and color becomes a field of light, a field of color. I liked seeing the details that emerge as the image itself begins to dissolve. And I've always liked the stillness that I find in the shimmering motion of the water.